Many thanks to Documentary Photographer & Artist Homer Sykes (S:1960-1967) for sharing his story, a heartfelt look into his educational career and how his creativity helped him overcome dyslexia. One of my earliest childhood memories was that I was always having extra English tuition, spelling, reading and writing.  I had been at boarding school from the age of seven and a half, the Downs School in Colwall, Hereford. It was a small school founded in the 1900 by Quakers. I left aged eleven I had not succeeded academically.

The first morning the new boys, there were eleven of us, had to read one after another from a passage in a set book. We were being assessed, put into ‘A’ and ‘B’ classroom sets. As Nicholas Morel sat down, Mr Caufield called my name, “Sykes.”  I stood up, I couldn’t see the page it was just a jumble of grey and white squiggles. I was word blind. I stumbled unable to read. My new school friends giggled and sniggered at my failure.  That failure set a pattern. Though good on the rugby and cricket pitch, I was in all the school teams. I just couldn’t see how words were formed, I saw differently.

That initial failure engulfed more or less the rest of my school days. My end of term reports were peppered constantly with the words, “could try harder.” At eleven I left for Sidcot; I had not taken the Eleven Plus exam.  The headmaster wrote,  “There was no real chance that he would pass. We wish him well… he’s an outgoing and cheerful boy...” The only positive report was from my art teacher.

“Has worked well. He is developing a bolder and more rapid style. I hope he has plenty of opportunity to continue with his painting in his future school career, as it is obviously a mode of expression that comes naturally to him. Summer 1960. James Lynch.” 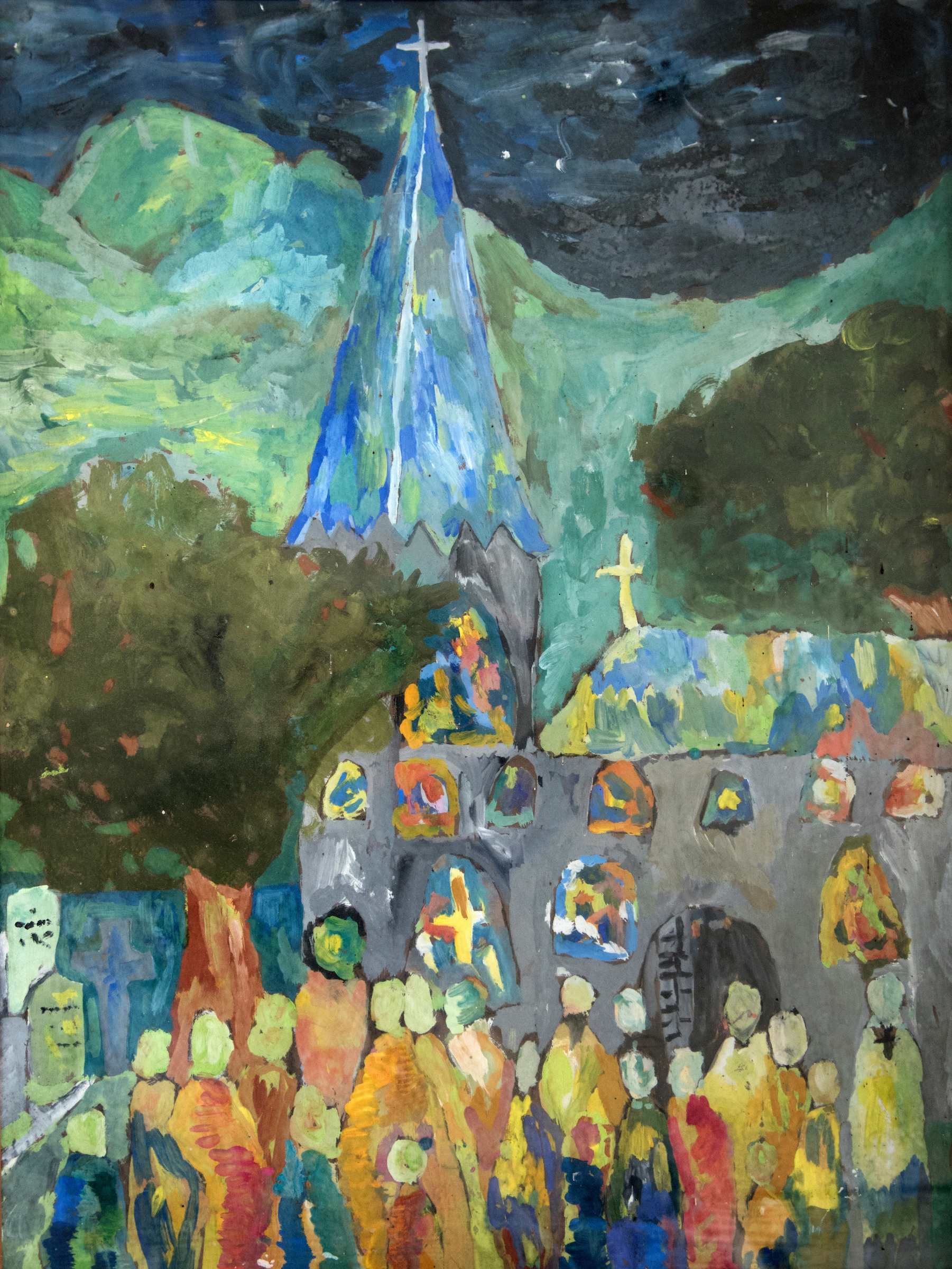 My years at Sidcot were very happy, I scraped though my ‘O’ and ‘A’ levels exams. And did well in the art school under the influence of the art master Jim Bradley.

In the upper fifth I had joined the Photography Club, the darkroom was in a damp and cobweb filled small shed at the bottom of the school garden. It was not a great success and I got permission to have my own darkroom under the eves in a large storage place in the art school. There was no running water, but plenty of space to build a small and efficient darkroom of my own. I was self-taught; I experimented making rayographs, taking blurred photographs, making double exposures, printing colour transparencies on B/W paper, so the colour, which became shades of grey were reversed.  I had always presumed when I left Sidcot, I would ‘do art’ and become a graphic designer.  In the lower sixth I discovered you could do photography at college and suddenly I knew exactly how I wanted to spend my working life.

A year later I went for an interview at the London College of Printing and Graphic Arts, I took at large folio of work, painting, drawing and of course photography. I was accepted.  I thought I wanted to be a fashion and advertising photographer, but within a few months I knew I wanted to be a documentary, reportage magazine photographer and that’s what I have been doing ever since.  The first Easter holiday project was simply, to take some photographs! Looking through magazines in the college library I came across a photograph of the Bacup Coconut Dancers in Lancashire, it was an annual Easter tradition. I had never been ‘up north’ and decided that’s what I would photograph.

That experience was the beginning of a career long project; I have photographed well over two hundred small local traditional annual events that take place once a year in villages and market towns all over Britain. My first book Once a Year, Some Traditional British Customs was published in 1977 and an updated version with an additional 50 photographs from the original 1970’s project was republished in 2016.

In 1970, I left college diploma-less; I had missed the written exam. I was late; the phone box in the college auditorium would not work properly.  I was trying to set up a job, which was I felt much more important. However, really I was afraid of failure, I was simply not confident I could get legible words down on paper in a meaningful and eloquent way.

At Sidcot I had met my future wife we had three children.  One struggled as I had done, and we were advised by his school to have him assessed. He was diagnosis with dyslexia. This was the mid 1980s, I had no real idea what that meant, and when I found out, I was amazed; I thought, that’s exactly the way I am.

Having left college I was a very busy I knew what I wanted and I hoped I knew how to achieve it. I first exhibited at The Photography Study Centre, at The Institute of Contemporary Arts – the ICA in London in 1971, Festivals Customs and Pageants.  That same year my work was included in Personal Views 1850–1970. A British Council touring exhibition, I was the youngest in a group of some of the best known British documentary photographers.  For the following forty years, I have always been very busy, shooting commissions for international and British magazines and working on my own projects. I have worked mainly in Britain, but I have travelled all over the world on assignment. I am the author and co-author of 11 books about Britain, a book on Paul McCartney and Wings, Shanghai Odyssey and On the Road Again, which was a culmination of four road trips across and around America made over thirty years.

In 1990 I was commissioned to illustrate as a co-author a book, The Village Pub for Weidenfeld and Nicolson. It took a year to plan and shoot. When that was seen to be successful and they knew I could work on a yearlong project and deliver on time with absolutely minimum input, they asked, did I want to do another book in their Countryside series. I suggested the title Mysterious Britain; which I was commissioned to research, write and photograph.

At the first meeting with my editor I said, “but Emma I can’t write it, I am very dyslexic.” “Don’t worry”, she said, “just get something down on paper and we will do the rest.”  Her faith has never been forgotten. Two years later I researched, wrote and photographed another title for them; Celtic Britain. But by then I had a computer and most importantly a spell check, and a cut and paste facility. Suddenly my life was very much easier.

Could try harder; in the art school working on a mock A Level still life painting, I heard Jim Bradley say, “What’s the matter Alison?” “I don’t feel inspired” she replied. He retorted, “it’s application and then inspiration,” words I have never forgotten. 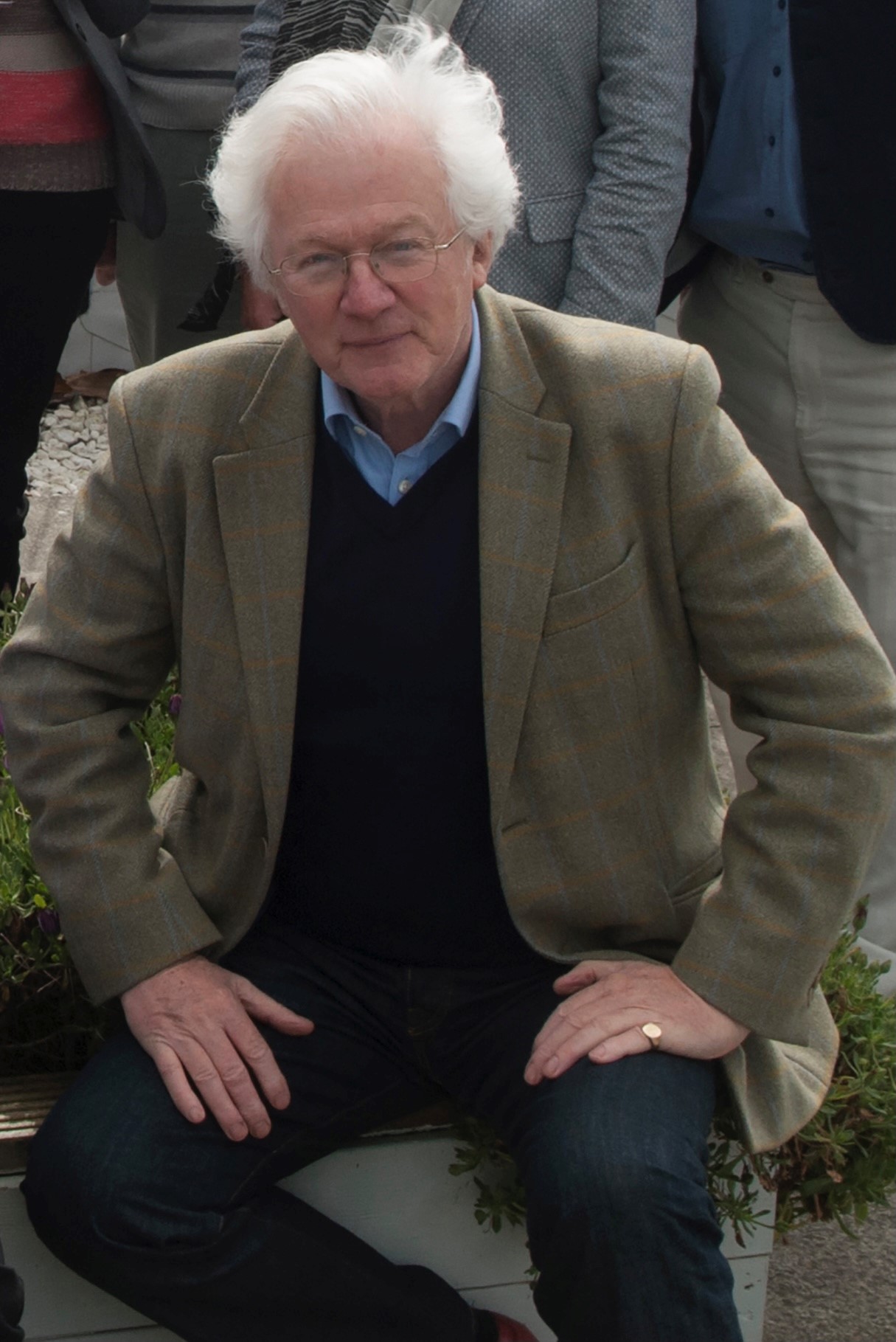